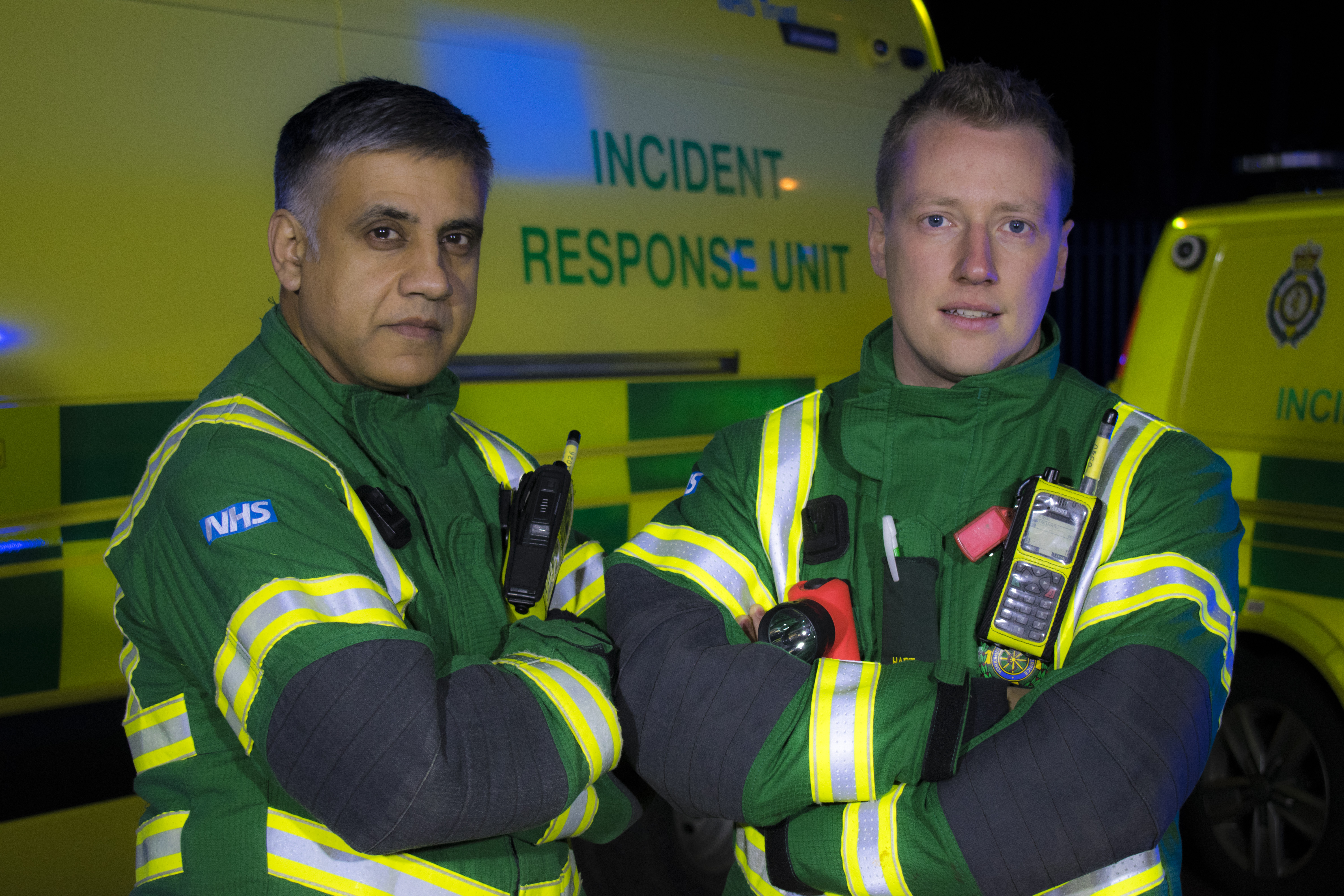 Yorkshire’s specialist HART paramedics are returning to W Channel this month in a second 10-part series following their dramatic rescues.

999 Rescue Squad has unprecedented access to the Hazardous Area Response Team as they tackle the most critical cases in the most dangerous places. Their advanced medical capabilities allow them to perform surgery in the street, the cramped confines of a collapsed building or halfway down a cliff, keeping patients alive long enough to reach specialised medical care. The specialist unit, based in Leeds, is believed to be one of the busiest in the UK. Seven teams of six are on standby 24 hours a day.

In the first of ten brand new episodes, the team are called to rescue a worker trapped in a collapsed trench – and paramedics Kim and Martin must risk their own lives to save his. Police in Bradford call in the medics after a gunman is reported in a nightclub, and a tourist goes into cardiac arrest at the top of York Minster’s central tower and the HART medics race to join the rescue operations.

Meanwhile, a Romanian man is badly injured after he is knocked down by a bus but paramedic Gemma struggles to treat him because of the language barrier. A motorist whose car has careered off the road near a busy roundabout tells his rescuers the accident was caused by the airbags going off unexpectedly, and the team must deploy their Polaris go-anywhere ambulance after a teenage rugby player is felled in a tackle.

The new series starts with an action-packed episode on Tuesday 8th January 2019 at 10pm on “W” Channel.