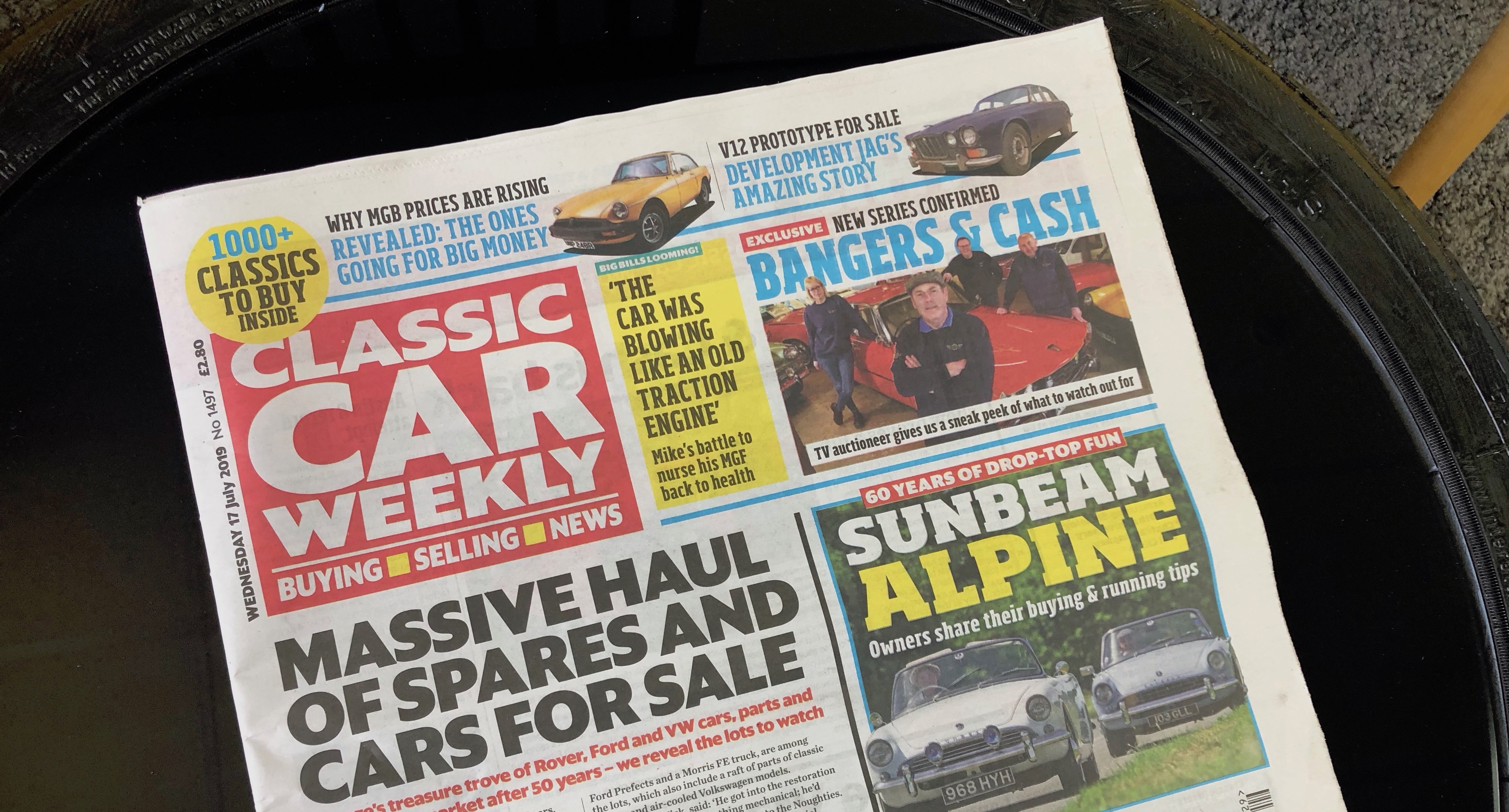 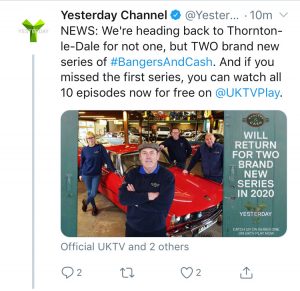 UKTV has today announced that our hit series Bangers & Cash is to return to Yesterday channel in 2020.

Filming is already underway for the new episodes which will be broadcast in two runs during next year. The recommission announcement has made front page news in this week’s Classic Car Weekly magazine.

Meanwhile, the first ten episodes are being shown again on Yesterday, and the full series remains available 24/7 on UKTV Play. Here are just some of the recent comments we’ve received about the series: