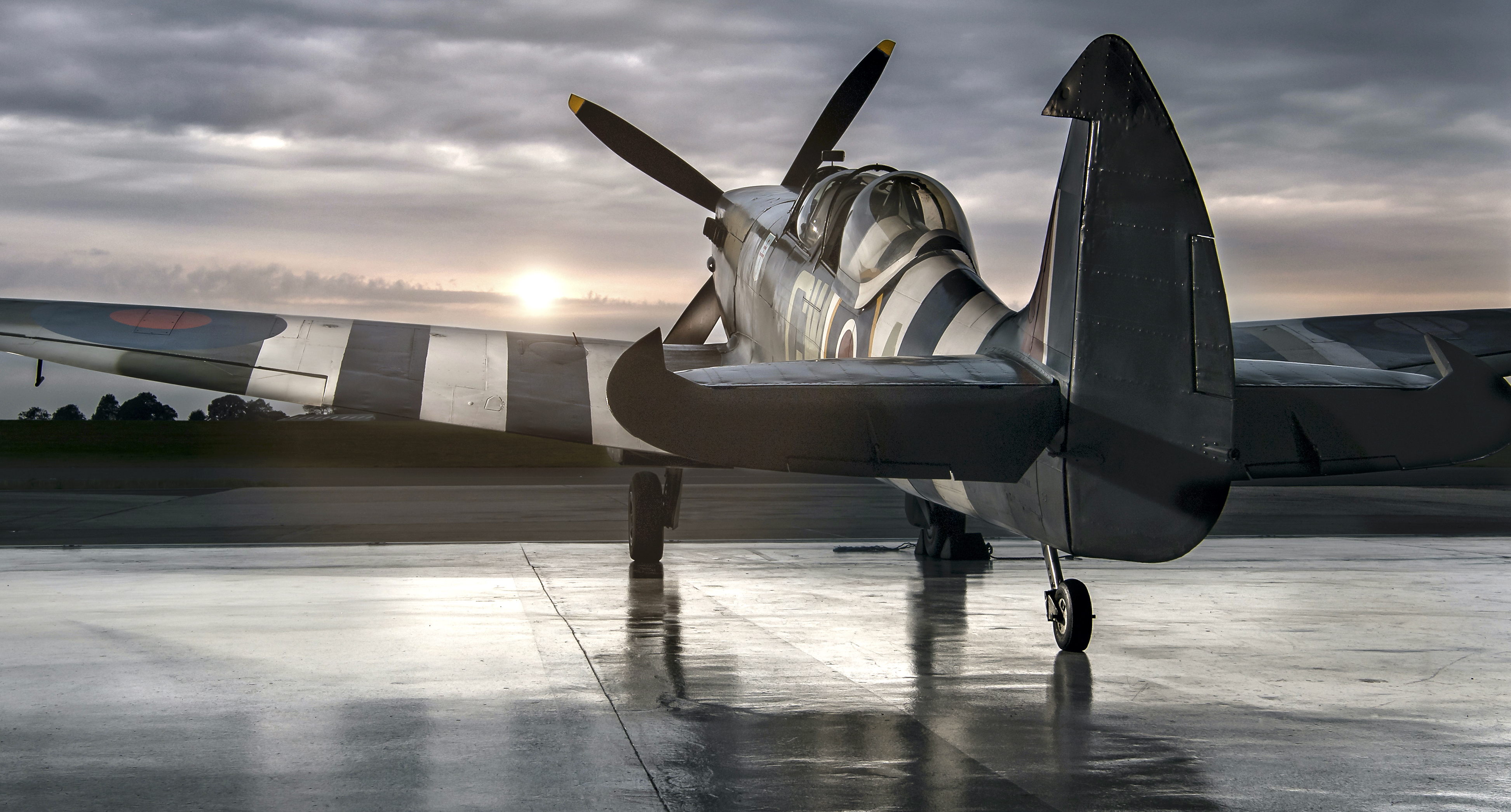 Air’s new landmark series series following the teams battling to keep the UK’s most historic warplanes in the air starts this week on the Yesterday channel.

From Spitfires to DC3 paratroop planes, Cold War jets to helicopters, the skies of 2019 are home to a growing fleet of antique warbirds – 20th Century military aircraft rebuilt or even recreated from scratch. Now Warbird Workshop is buckling up, chucking the chocks away and lining up for take-off with the men and women committed to returning the planes that fought and won wars to the sky.

In the first episode, the engineering team at the Biggin HIll Heritage Hangar begin the rebuild of Spitfire MJ772, a war veteran fighter that saw action in the skies over the D Day beaches and the battle to liberate Europe.

The restoration begins with the left wing, torn off in a crash landing in a field in Kent after an engine failure.

Chief engineer Franca Tambascia and his young team must replace the main spars and repair damaged metalwork twisted and buckled in the accident.

Apprentice Alex Monk reveals the source of spare parts for the company’s restorations – unused stock lost in storage for 70 years in RAF storerooms and now being used for the first time to keep veteran planes in the air.

We explore the surprising but unsung role played in the success of the Spitfire but its revolutionary flush rivets, without which it would have been 20 knots slower and no match for its deadly rival the German Me109.

A VIP visitor arrives to see the work in progress – Sgt Pilot David Mitchell is now 94 but he still has clear memories of flying MJ772 when he was a young airman flying with 341 Squadron Free French Air Force in 1944.

After the installation of a new Merlin engine, the plane is finally ready to fly again and we join test pilot Pete Kynsey in the cockpit for a tense first flight of the newly restored fighter. The show ends with MJ772 flying in formation over the White Cliffs of Dover…scene of epic aerial duals during the Battle of Britain.

For more details on the rest of the series click here.