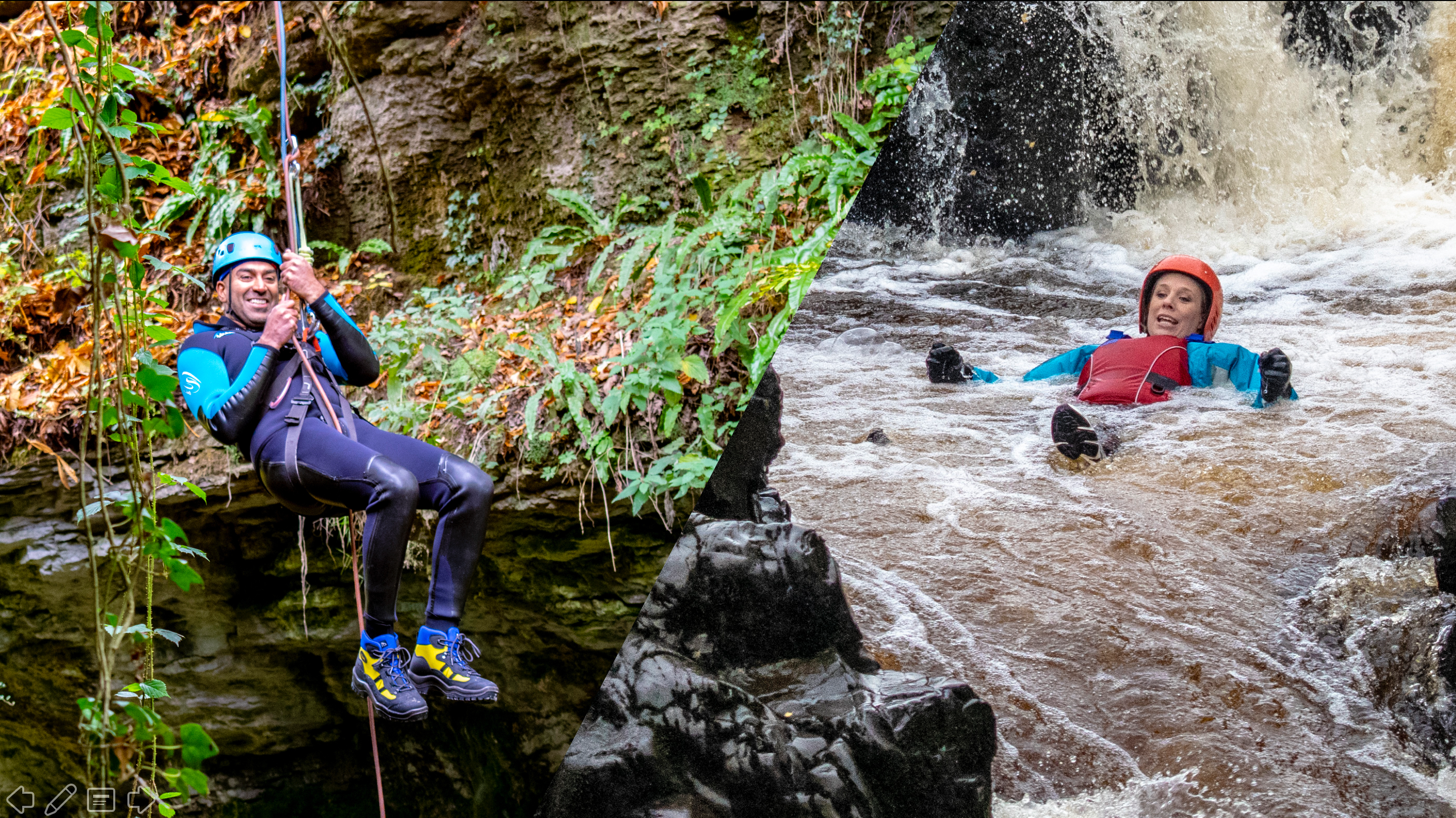 Air TV have produced two landmark films showcasing adventures on two of the North’s most dramatic rivers. Join Kirsten O’Brien and Amar Latif on their epic journeys along the Tees and the Nidd.

These episodes of River Walks were shown on BBC One at 7.30pm on Monday 10th December. and are now available on BBC iPlayer. 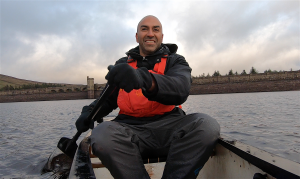 Presenter Amar Latif has pulled on his walking boots and is heading on a journey along one of Yorkshire’s most surprising rivers in Air TV’s latest production for BBC One.

As a blind man with a passion for outdoor adventure, Amar will be abseiling into a hidden canyon, canoeing across a vast reservoir and swimming through icy waters as he discovers how the stunning landscape along the River Nidd has been shaped.

Nidderdale is the place where hidden gorges have been carved out over thousands of years, where villages have been left abandoned after huge civil engineering projects, and where the farms of the future are taking hold in the landscape.

Amar’s 13-mile route takes in the most stunning parts of this unique river valley and is packed with intriguing history, stunning nature and incredible views. He will visit mysterious ruins, explore a hidden canyon, discover the remains of an abandoned village, canoe over Bradford’s water supply and meet the local llamas!

His journey starts at Scar House reservoir, where the River Nidd begins. Amar will canoe over the reservoir which now provides most of Bradford’s drinking water. 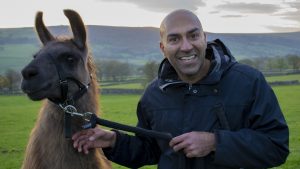 His journey continues down the Nidd valley where farmer Martyn Brown is revolutionising the way that farms connect with nature as he has planted 10,000 trees on his farm.

Next stop is How Stean Gorge where Amar abseils into the gorge to examine the natural rock formations and explore how the gorge came to be.

Amar and his guide continue to Pately Bridge where they hear how brown trout are thriving in the river there.

And the journey concludes in Wilshill where Amar meets Suzanne Benson who owns a llama tekking farm beside the River Nidd. Suzanne takes Amar on a scenic llama trek in a unique setting. 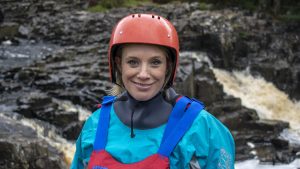 Kirsten O’Brien takes a 15-mile walk along the River Tees near Barnard Castle, exploring the history of Upper Teesdale. Kirsten meets some of extraordinary people who call its banks home and takes a wild swim in its white waters.

Kirsten begins her trek at South Gare near Redcar – a childhood playground for Kirsten and her brother – and then takes in High Force, Middleton in Teesdale and ancient Egglestone Abbey. Along the way she samples the local cheese, learns about the dale’s wildlife and meets an artist who specialises in canine portraits.

These two episodes of River Walks were shown on BBC One on Monday 10th December and are now available on the BBC iPlayer.